The Birth of the Kabir Panthi Movement 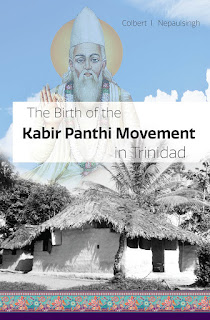 In this book Colbert I. Nepaulsingh documents, for the first time, that the role of the Kabir Panthi Movement in the development of Trinidad from the mid-nineteenth century onward should not be underestimated.

Despite their small numbers, it is clear that the impact of the Kabir Panthis has been by no means small. Because they are persistent non-violent practitioners of “Truth” and the “Equality” of all human beings as one family, the Kabir Panthis were able to undermine intolerance not only among the Christians, Hindus, and Muslims around them but also among all denominations of Catholic and Protestant Christians, among all Hindu castes, and between the major Muslim sects, all the above without compromising their own Kabir Panthi beliefs. By quietly working against prejudice and intolerance, Kabir Panthis played a significant role in building the nation.

Professor Nepaulsingh was born in Sangre Grande, Trinidad. He taught Latin American and Caribbean Studies at the University at Albany, New York, for 42 years before he retired in 2015. In 1981, he was awarded a Guggenheim Fellowship and a Chancellor’s Award for Excellence in Teaching. He served as Associate Vice President for Academic Affairs from 1988 to 1991. His edition (jointly with Professor Edward Baugh) of Derek Walcott’s Another Life was published in 2004. Since his retirement, Professor Nepaulsingh has been scholar-in-residence at the Walter Elwood Museum in Amsterdam, New York.